For those of you who are unaware between the 14th and the 18th August this year World Archery held the first Masters world championships in Lausanne Switzerland. There were age categories from 40 to 49, 50 to 59, 60 to 69 and 70 and above, with the 50 -59 being the offical World masters age catagony. Archers from all over the world attended this very popular “first of its kind competition” just for Archery.

I was fortunate enough to be able to attend, with my husband Tony as coach! and it was, without doubt, the best competition I have ever entered. The friendliness of the competitors, the standard of shooting, some archers having represented their countries in the Olympics in their younger days! others having never competed before hand the professionalism of the team organising and judging the event was extraordinary.
I would encourage any archer of any standard ( and of a certain age) to experience a World masters event if they are lucky enough to get the opportunity!! I would like to thank every archer that I met over the few days for their sportsmanship, kindness and generosity.

Below is my match report


After arriving in Switzerland, at Geneva airport, early Sunday morning, 12th  August, we drove straight to the Archery World excellence centre in Lausanne and after a quick look round and  receiving accreditation we unpacked the archery gear and got straight down to practice.
This was the first time I had shot in a World Archery event and was really excited to be there, although a little nervous, to say the least.
I needn’t have been nervous at all,  every archer and member of staff involved in the event was so friendly I soon felt right at home!
After practicing indoors at 18m with a Turkish recurve archer I moved to 25m where I was soon chatting to a pair of American lady compound Archers,  all sharing their unique reasons for attending the first Masters World archery championships.
As I would be shooting a 60m ranking round and head to head at the event, I also checked my outdoor sight mark in the sunshine that afternoon again chatting to German and Italian Archers.

We spent Monday exploring the beautiful city and before we knew it it was Tuesday, official practice day!

The centre was buzzing with Archers from all over the world, this was my opportunity to touch base with the other British lady archers that I knew were attending the event, as well as meeting more international Archers!
Soon enough Wednesday morning arrived and it was my day to shoot the combined indoor round,  60 arrows at 25m, lunch and then 60arrows at 18m. I was fortunate enough to have a wonderful group of  multilingual target companions from Italy, Germany and America!
The Italian Archer,  named  Annamaria could , in fact, speak at least 6 languages and count to ten in many more! Which was a scource of amusement throughout the day!
I finished the 25m on a personal bests score of 556 which had put me in a strong position (apparently, as I tend to stay away from leader board information) and after a long break for lunch, more chatting and exchanging of tokens from different countries, we were back at the target again, moving forward to 18m. As this was a combined round no practice was allowed at 18m and we went straight into scoring, very scary!
Unfortunately my sight mark was slightly out and my first arrow was a blue but I quickly adjusted and relaxed back into the rhythm of shooting. To my surprise, as I haven’t shot an indoor round for months, my score was good and I had finished in 5th place, 2 points behind 4th and a further 2 points behind 3rd!!! So close to a medal and yet so far!!
Medal ceremonies where held at the end of each competition as there were several age catagories shooting indoor, outdoor and field events at different venues at the same time, a huge amount of organisation involved!

Wednesday evening was spent celebrating with a meal in town but an early night was had as tomorrow was the outdoor event!

Up early and first to arrive at the excellence centre, just as I like it!
Enough time to set up and find my target companions, different to those from yesterday, again Italian and German.

Practise started on time and before we know it the scoring had begun. The weather was stunning , hardly a breath of wind and sunny blue skies, temperatures at around 26 degrees.

The first 36 arrows went well and I scored 313 which I was really pleased with and again had me toward the top of the leader board.
After a short break the second round of 36 and was completed without incident and I scored 307, the time flying past as I got to know my target companions better and I didn’t want the end to come!!
I had somehow managed to qualify 6th even though I only shot a total of 9 tens and 0 x’s

Next was the head to head rounds so after lunch we found our targets and began the knock out competition.
I had earned a bye for the first match so had to sit and wait, with excitement building!
My first match was against an Italian lady Lorena Scipioni, we tied the first set and I went on to win 7 - 1
Next was another Italian Cristina Redenti, this was a closer match but I managed to win 6 - 4
I then faced Petra Nussgens-Patz, who went on to win the silver medal and although each set was only won by one or two points she beat me 6 - 0 that that was the end of my shooting!
I finished the day 8th over all and was happy with my efforts, being knocked out by the silver medalist is not the worse thing that can happen, I was just sad it was over!

Several of the British archers managed to win medals, of all colours and it was wonderful to be able to share in their delight.

All results are on the ianeso website but I have to give a mention to  Wendy Aubrey from Lancashire, (although not an Essex archer, obviously!) who I had met at British competitions over the summer this year. Wendy got through to the bronze medal match in the outdoor competition only being denied the gold medal match by the same archer that knocked me out! Unfortunately she was beaten to the bronze medal by a Swiss archer who had won gold indoors on the previous day....... but on Saturday Wendy was competing in the field competition and realised that which she had been denied on the Thursday, a bronze medal at the World masters championships!! So, so chuffed for her. Also a mention to Sylvia Harris who picked up a bronze medal in the longbow field category and a special mention to Anne Smith from Leicester, who although entered had to pull out last minute due to a family illness, she was much missed.

We had several invitations, over the duration of the competition and in the evenings that followed, to visit Archers in their countries and attend competitions with them. We have been invited to Rome in December to visit and shoot in the Roma World Cup event and are very keen to attend the European Masters Games in Turin in July next year. The next World masters games will be in Japan in 2021 .............. who knows?????? 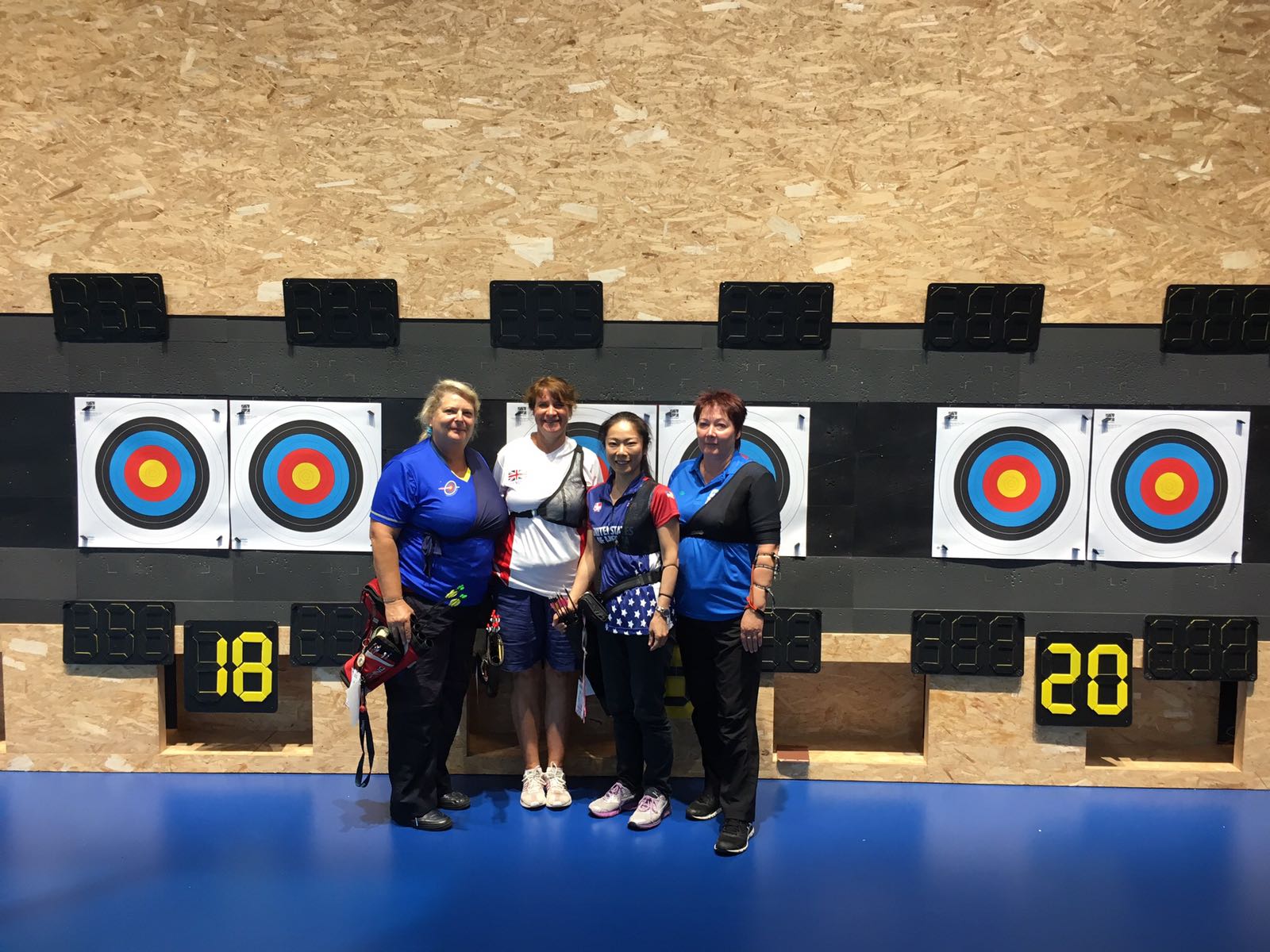 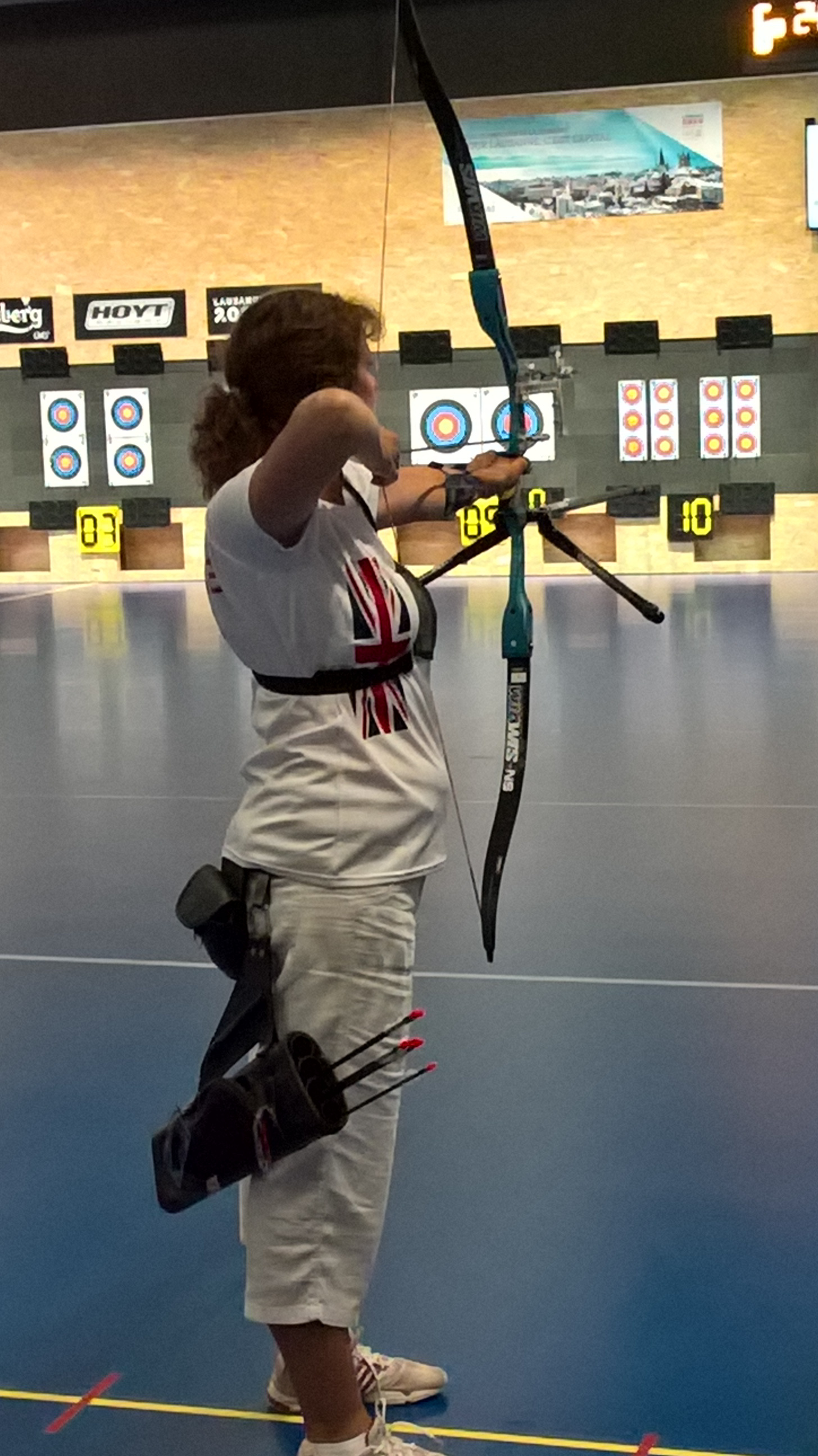 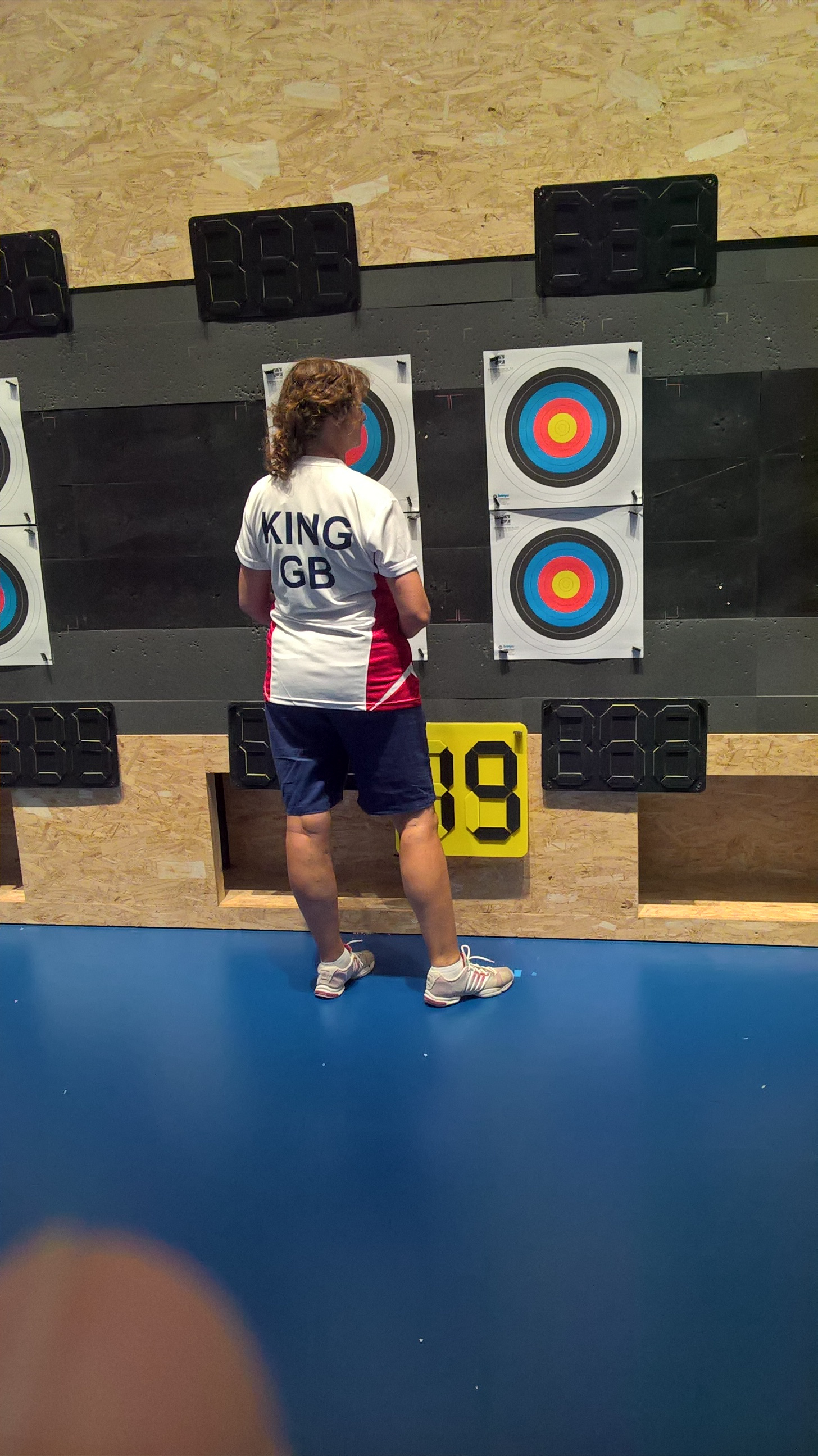 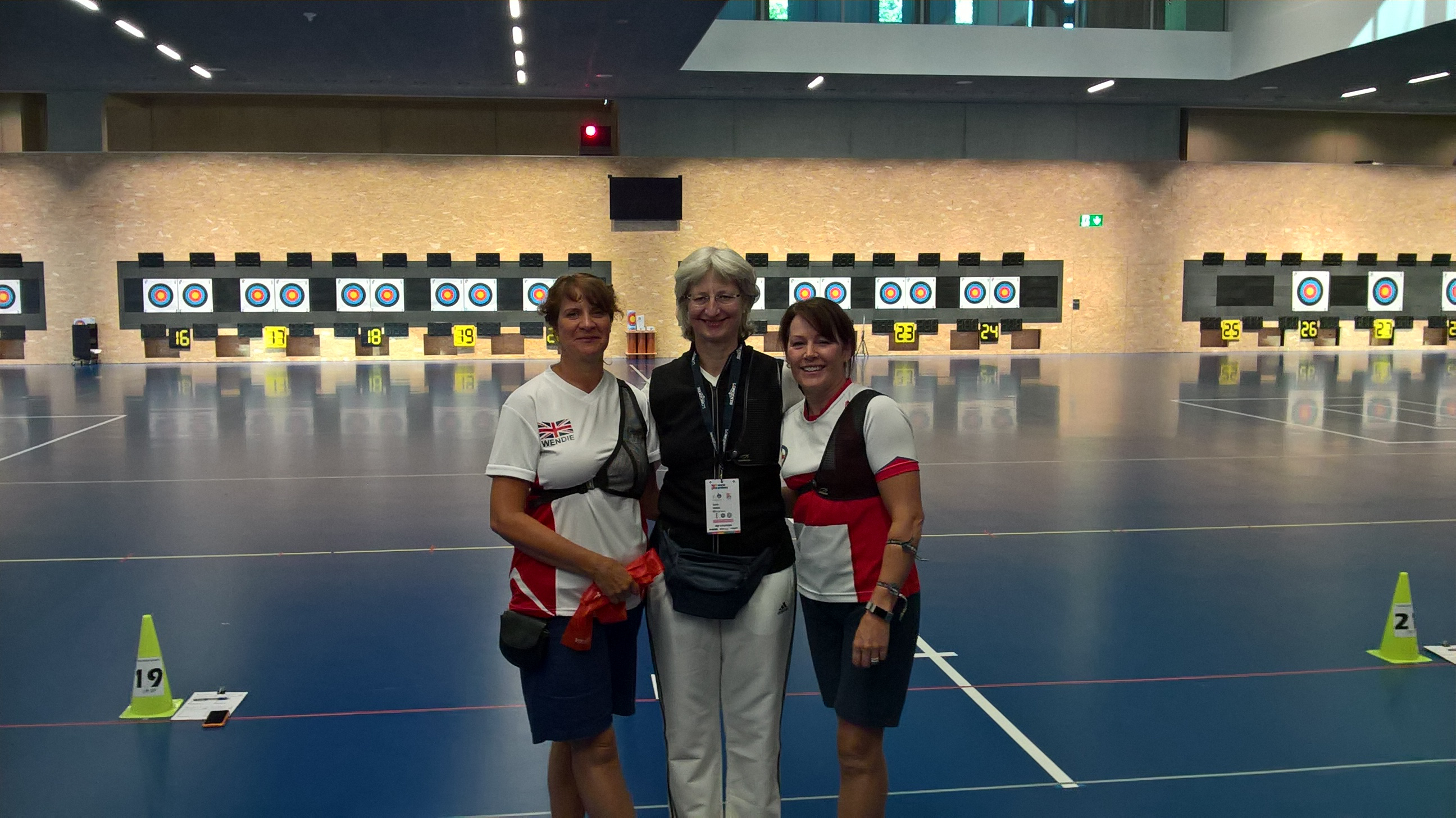 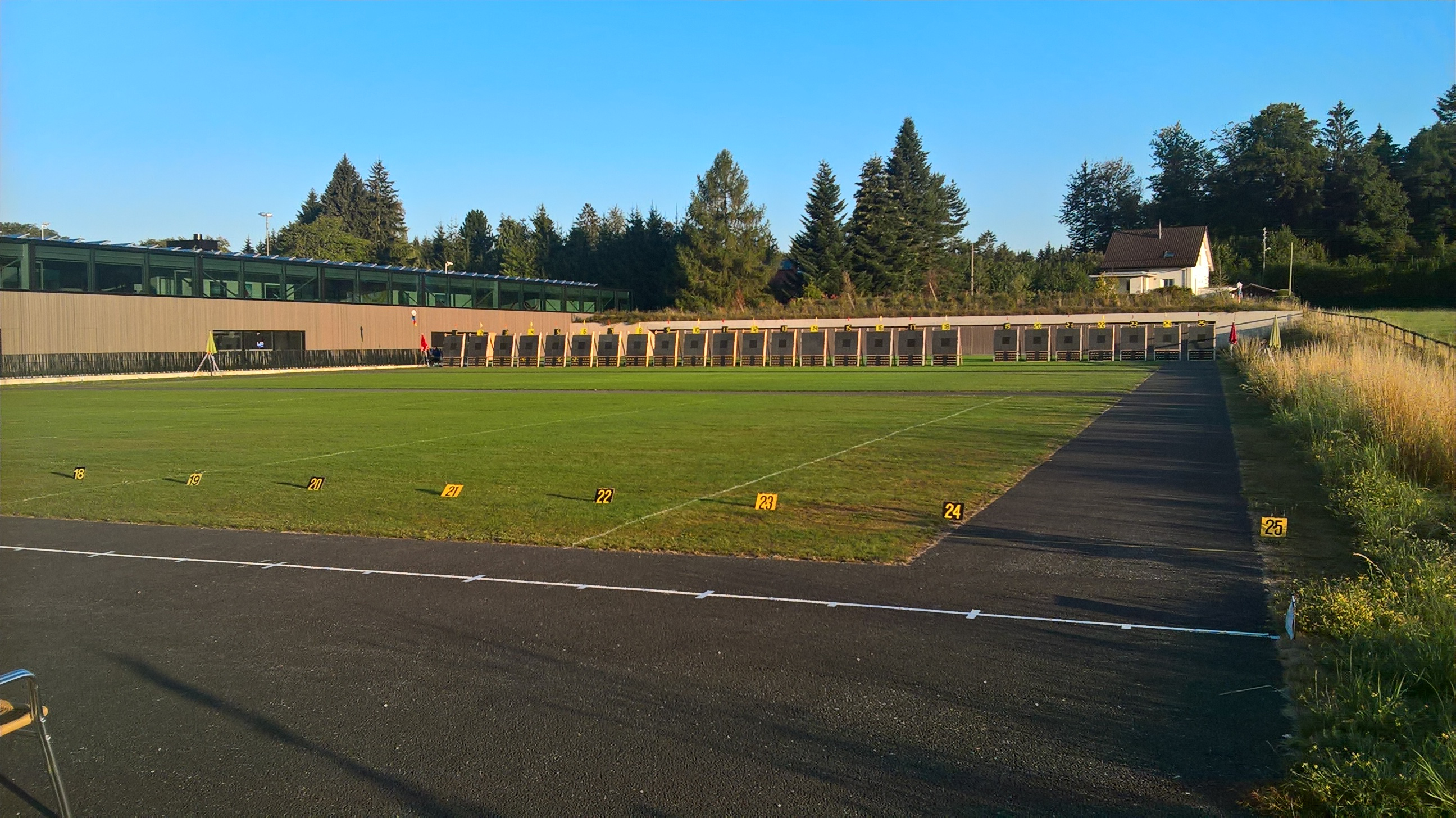 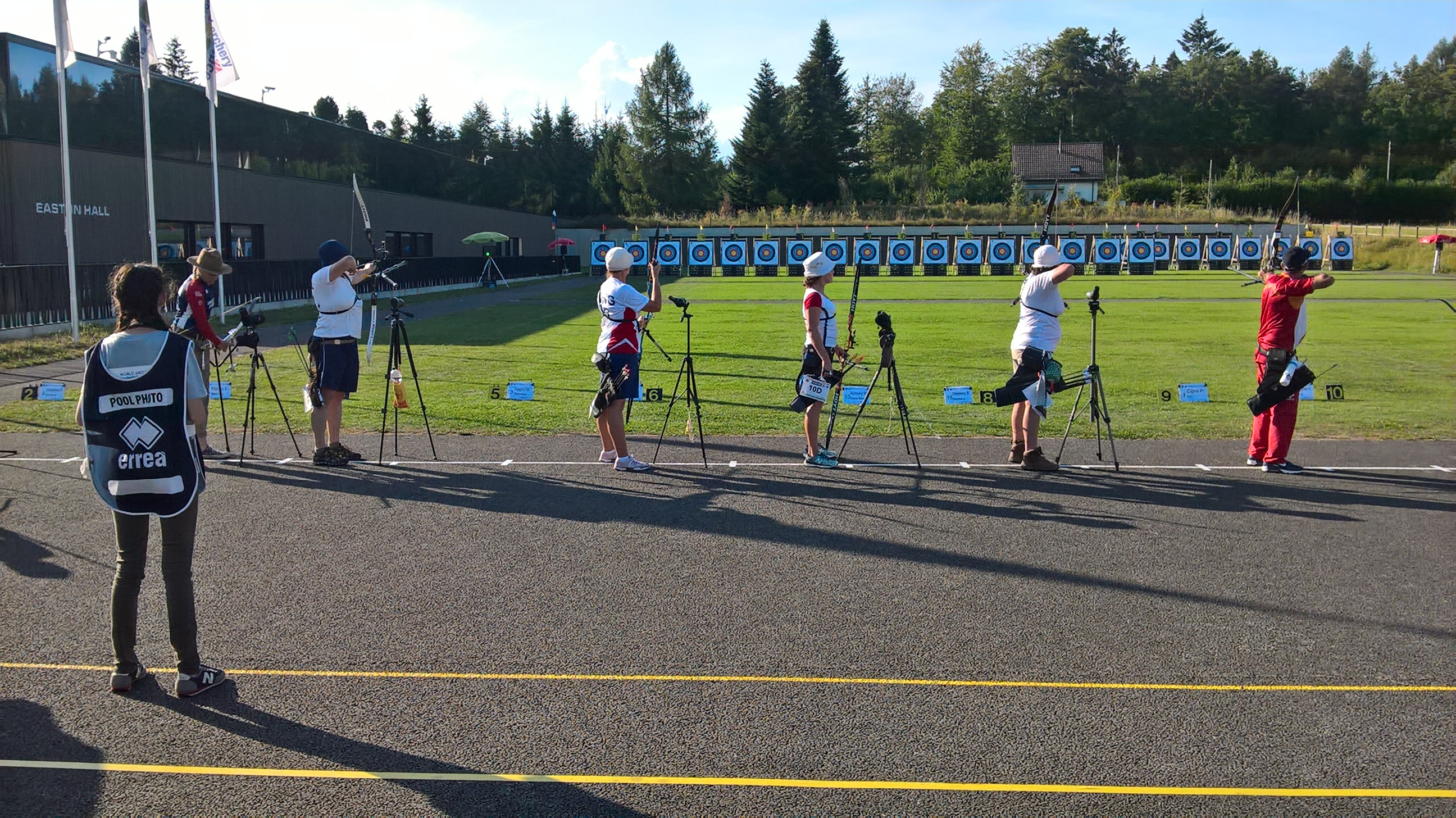 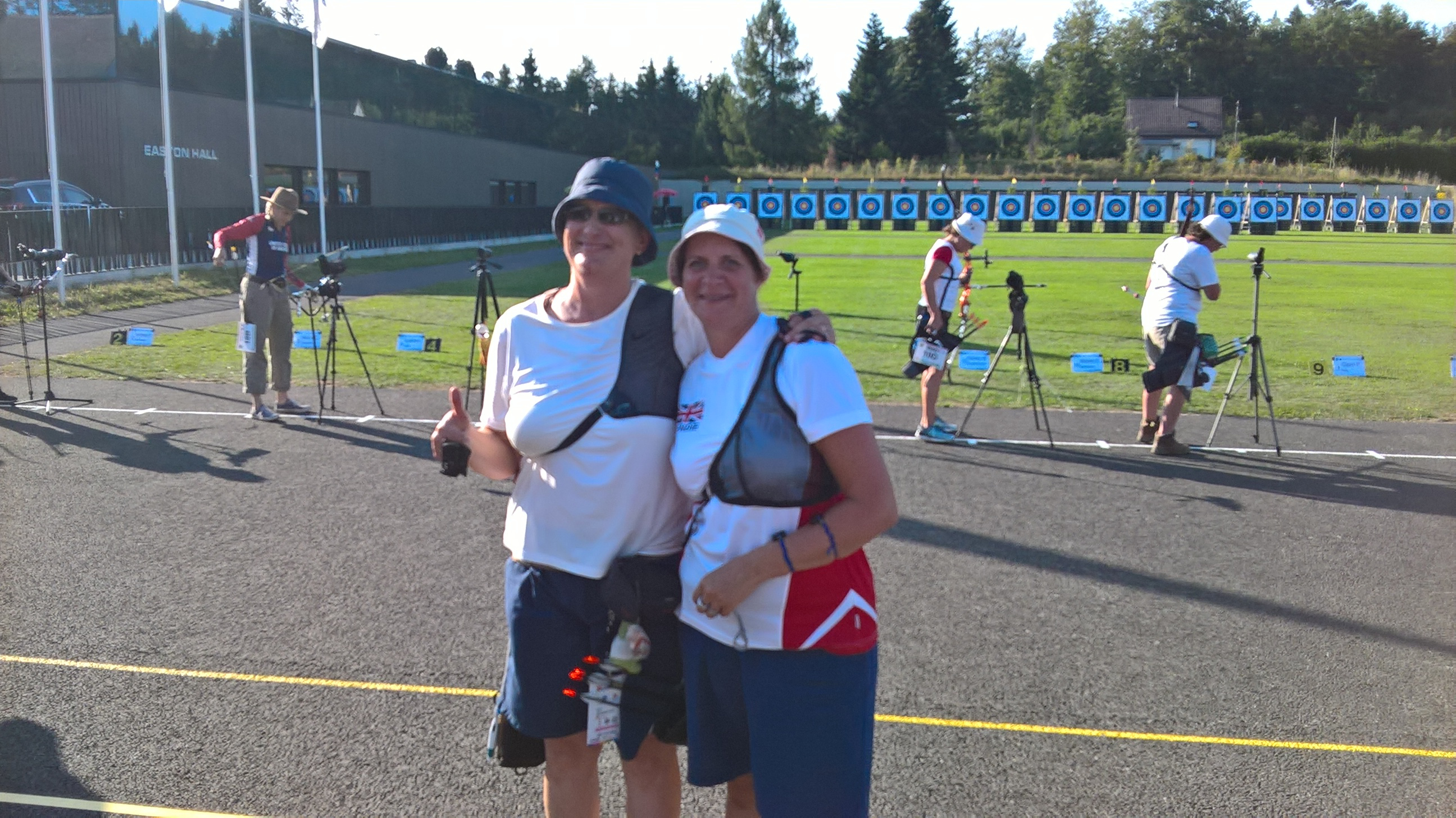 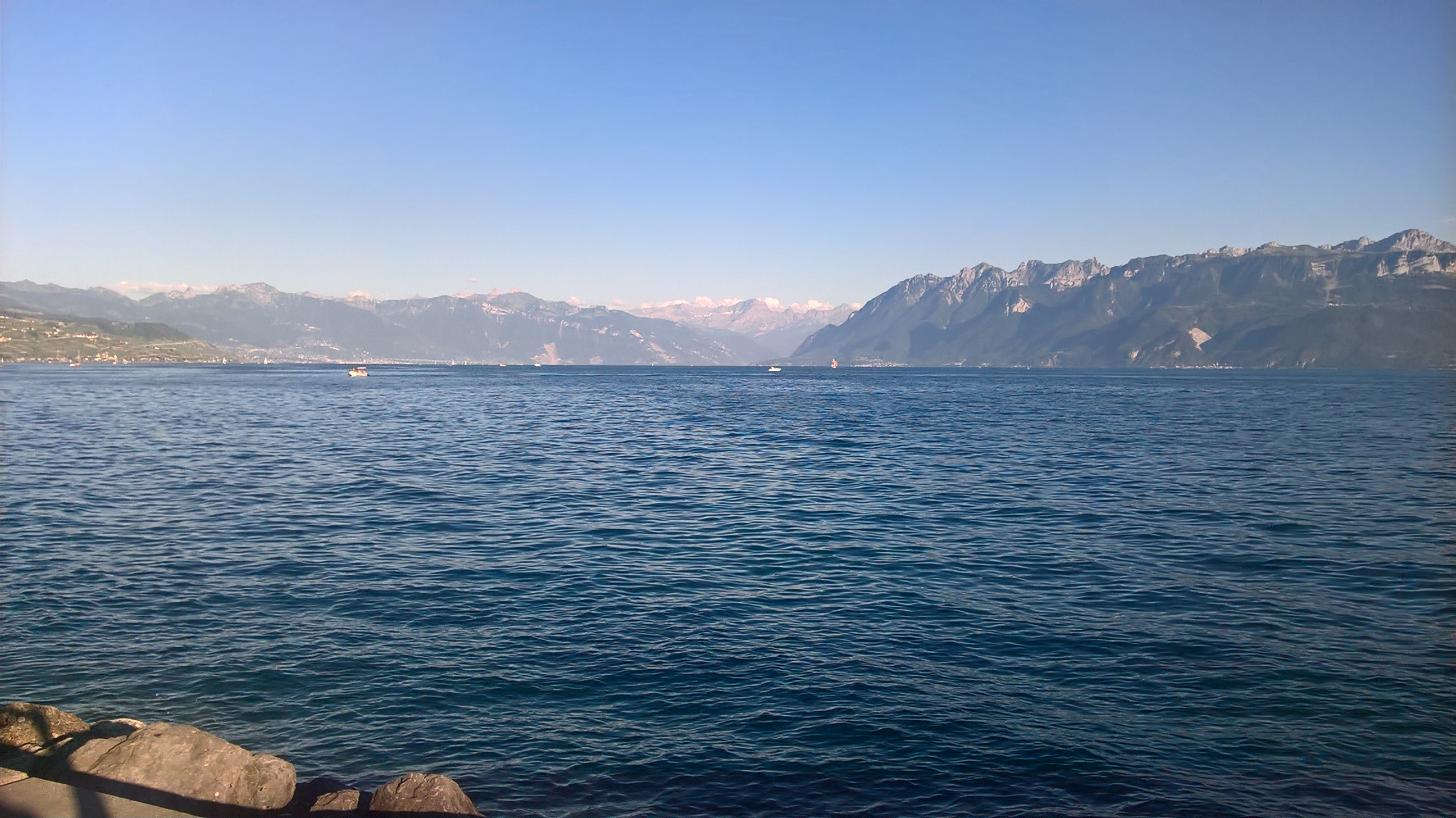 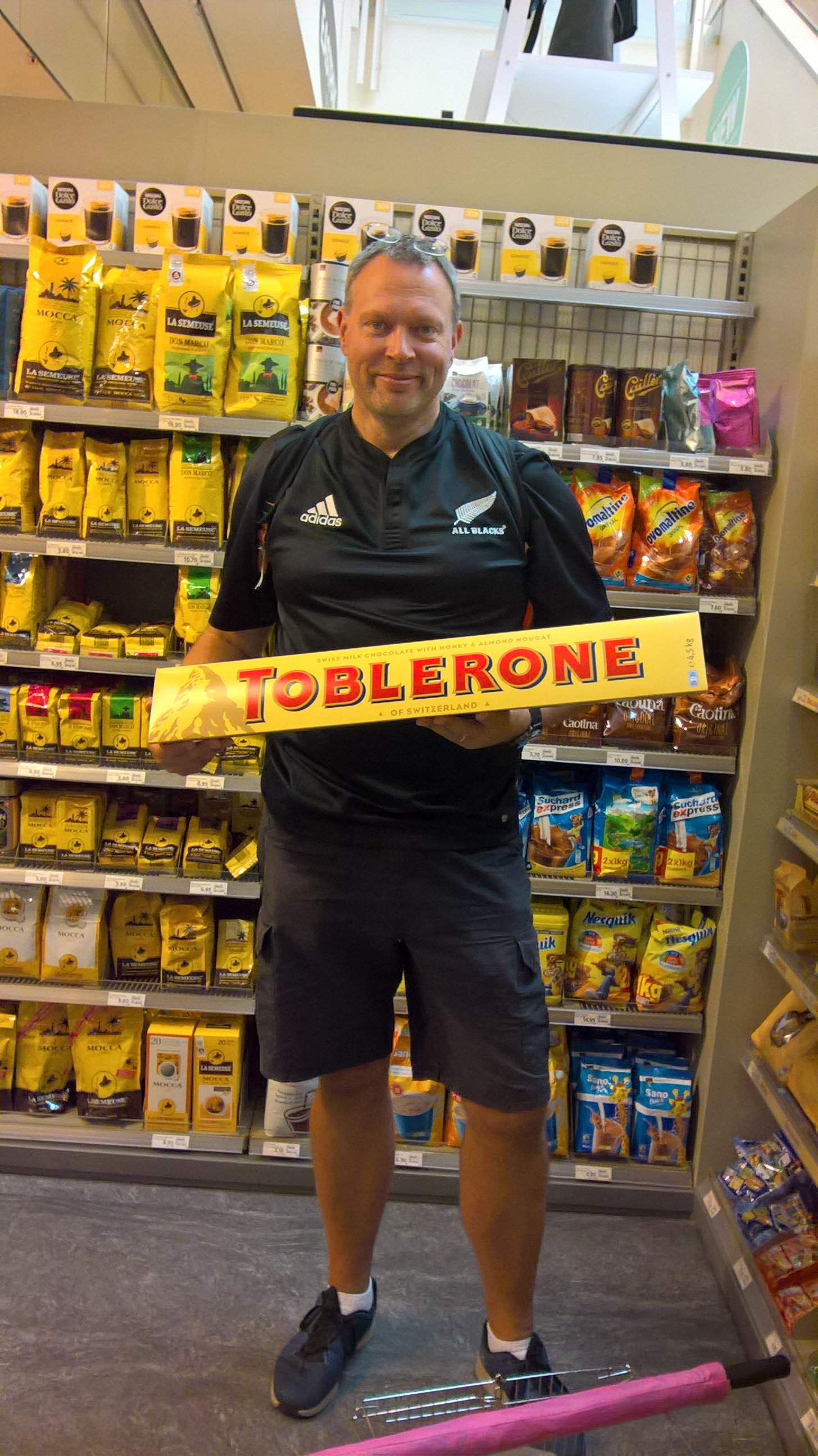